Hello all. hope you are having a FAB weekend!

I want to share my second Kim with you – these photos were taken at the beach last weekend which is probably why I am sat here now with a cold. It was such a gloriously sunny day albeit windy and I just couldn’t resist the opportunity to take photos of my nautical Kim in an appropriate setting. 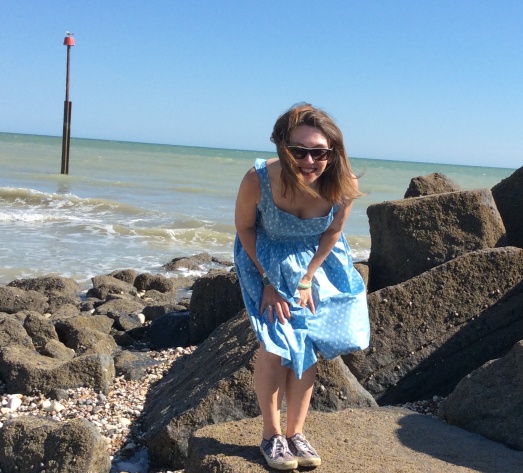 We had so much fun taking the photos but I have to tell you – this dress did not make me smile the first time I put it on.  I bought the fabric at Fabric Land in Worthing over the Easter holidays, originally for a Sureau but decided to go with a Kim because the fabric was so summery. 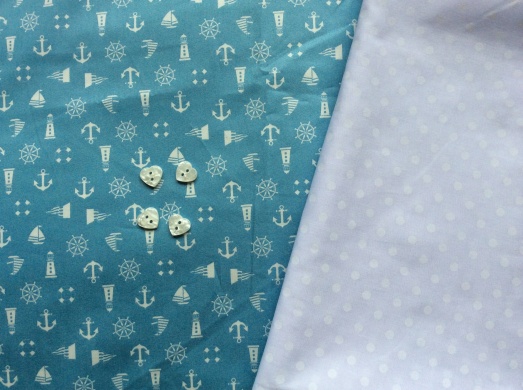 Although I had bought lining fabric I managed to eek the dress out of two metres.  It did necessitate a lot of twiddling around and I had to cut right up to the selvedge which fortunately was patterned rather than being a white strip.  Anyway, I thought I had marked each piece so that the selvedge pieces were on the inside of the bodice but I was sewing whilst watching, I think it was, Morse.  There are so many adverts in these two hour programmes that in order to alleviate the guilt from lazing on the sofa – I hop up every time the ads are on and do a bit of sewing which proabably accounts for why this happened (and I did not notice until I tried the finished garment on)! 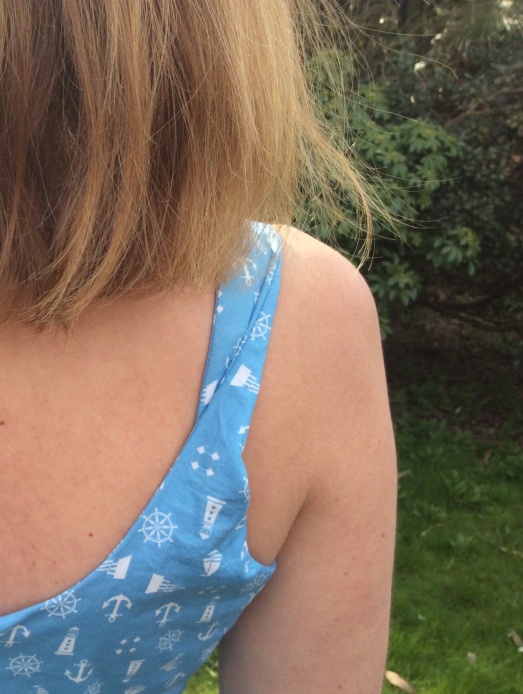 Normally I become despairing when things go wrong but this just made me laugh and laugh.  I could not believe that I hadn’t noticed this: I will certainly be more attentive when I am lining in the same fabric in the future.  I have not been put off though – I have already bought some Liberty with all of the Alice in Wonderland characters on and am going to make another one. 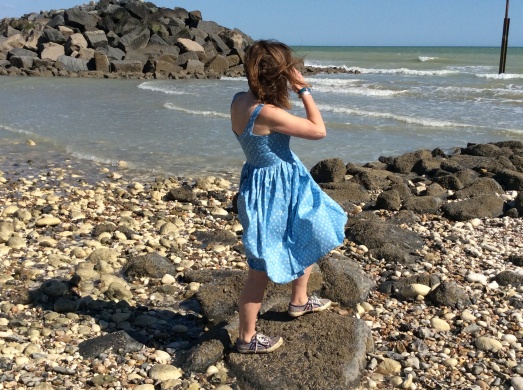 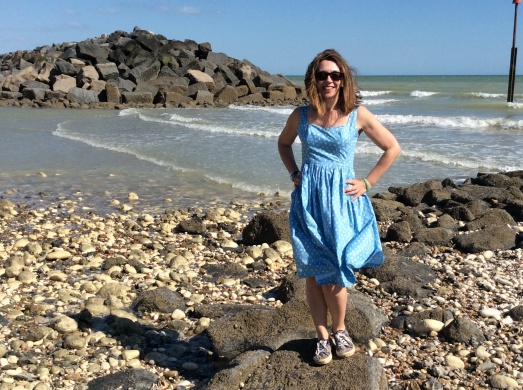 You will see that I did correct it.  I had to unpick the shoulder, twist the pieces round the right way and then I simply butt the two shoulder pieces together and handstitched with really tiny stitches.  Obviously I can notice it but as my hair is shoulder  length, I don’t think anyone else will – unless of course I meet you on a beach somewhere and you want a quick peek to see how neatly I did it!

Here are a couple more pics – just because it was such a lovely day. 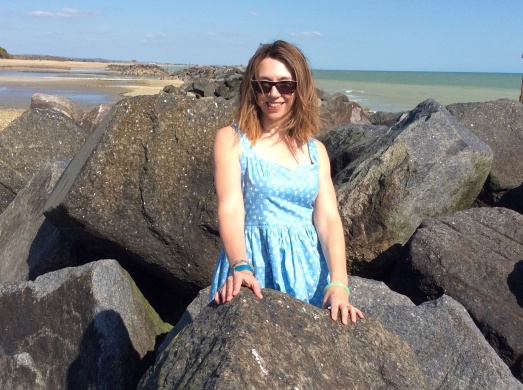 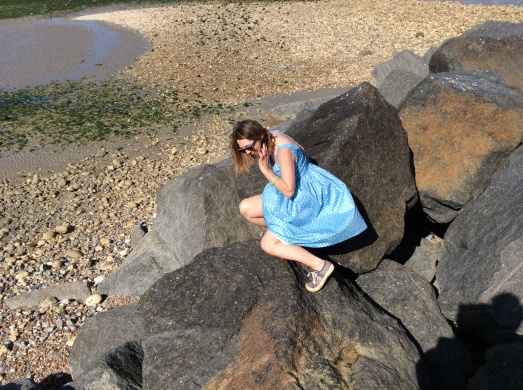 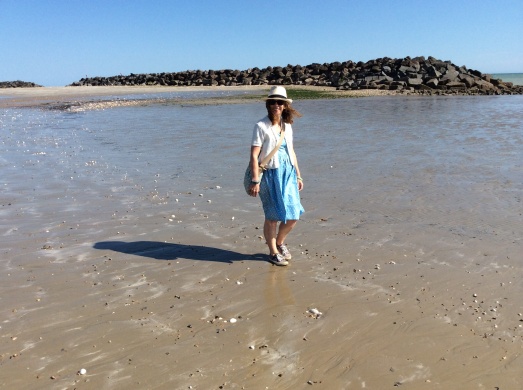 In other sewing news I have finished the two ties I was sewing in the Liberty Lawn with daisies – I did the hand sewing on the train which seemed to intrigue people. I gave one to a friend last night at his leaving do and the other has been hidden away for Mr CK’s birthday next month.  I really do enjoy making ties. 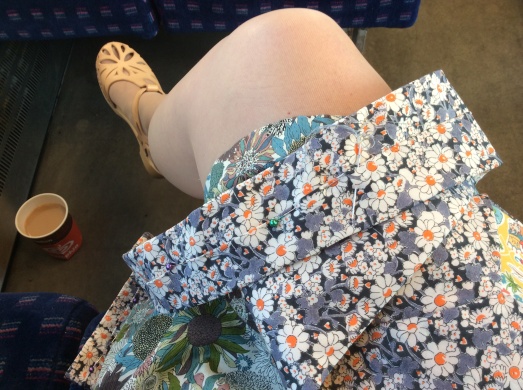 This weekend I am hoping to cut out my Gabriola (need to trace the pattern first) and I am currently making my tennis themed Sorbetto in preparation for the half term tennis camp.

Hope you have a lovely weekend and especially good luck to you if you are running a marathon! 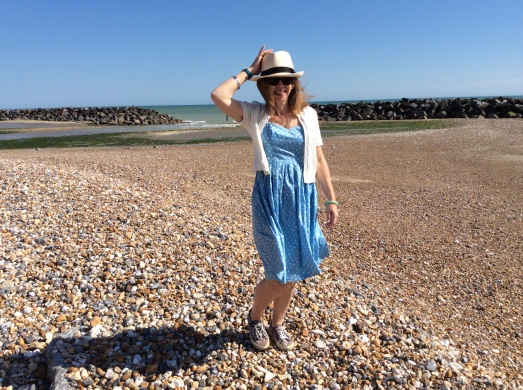 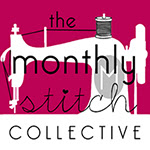 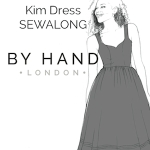 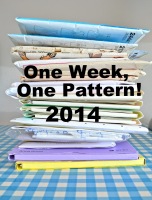 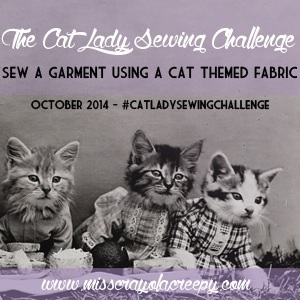